Sources indicate that the president of Uganda has asked the National Covid-19 Task Force to review the drafted SOPs before the opening of the entertainment industry, Entebbe airport, Schools, Bars and Sports. His address is soon and most Ugandans are hoping for good news.

The task force that includes scientists and ministers held several meetings with the president at State House Entebbe and a final decision is soon to be made.

Adding to the airport, the other multiple things to be reviewed include the weekly markets, operation of the tourism sector, schools, entertainment and the sports sector.

In the recent address, the president said he is one of the people that want to see Entebbe airport resume its work but a team from Civil Aviation Authority is still holding it out claiming that there is isn’t yet enough money to enforce the drafted SOPs.

It is added that nightclubs and bars are also this time included in the discussions and there are still drafting better measures that will let them operate again.

Schools are also on the list but candidate classes and science students in nursing schools and paramedic institutions are the priority.

Judith Nabakooba “The Minister of Information” also confirmed that Museveni tasked the team to come up with a perfect plan to the opening of other sectors.

“President Kaguta Museveni has instructed the National Task Force team for COVID-19 to review the possibility of reopening of schools starting with candidate classes and medical students,” Nabakooba said.

“The Taskforce is also tasked to review the status of other remaining sectors such as churches, weekly markets, Tourism sector & Entebbe international airport. The review includes the status of the entertainment industry like bars, nightclubs, sports events and cinemas,” Nabakooba said.

After all, these are reopened, the economy of the country will be fully open although some sectors like Tourism, Education and Entertainment will remain struggling.

7 Things To Know Before You Book a Flight To Uganda

Kigali International Airport – Its Location & How to Get from There

How To Get From Kampala To Western, Eastern & Northern Uganda
10 Apr, 2021

The Busiest Roads From Kampala City Center To Other Areas
9 Apr, 2021 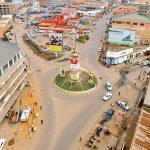 5 Routes That Connect Kampala To Other Parts Of Uganda
7 Apr, 2021
View All