This comes after five months when Entebbe international Airport was shutdown to curb the spread of the COVID-19 virus. In March the president of Uganda ordered for the closure of this facility when the first positive case for Corona virus was confirmed.

The first positive case in Uganda was a Ugandan businessman from Dubai. After the president’s directive, all passenger flights to and out of the country were banned up to date. During the lock-down, the airport has only been receiving cargo and special flights from some relevant organizations like the United Nations.

The closure of Entebbe Airport did affect not only the Tourism sector but also the financial stability of Uganda’s economy. Starting from June, the president lifting the lock-down on different sectors including private and public transportation, business centers but some sectors like education, entertainment and Tourism (airport and borders) remained under fences.

This hasn’t been good for some individuals like teachers, hoteliers, tour companies, the sports family, Ugandans stuck abroad, but the only option was to bear with the situation.

At least news circulating sounds good to tour operators, airport taxi drivers, hoteliers and other sectors that benefit on tourism. It is confirmed Entebbe Airport will resume its work on October 1 and thirteen airlines have confirmed will start operating international flights to Uganda.

Reopening of Entebbe Airport isn’t yet declared by the president, but the phase one flight schedule for three months released by the Uganda Civil Aviation Authority is enough to double confirm that Uganda will open its skies again on October 1 2020. The document is precisely signed by Eng Sooma Ayub, the Director Airport and Aviation Security.

Uganda has been the only country in Central and East Africa with a still locked airport. Tanzania was the first to reopen followed by Kenya, Rwanda and Democratic Republic of Congo.

After reopening of Entebbe airport we hope that many travelers will be jetting in from different parts of the world. For Airport Taxi Service don’t delay to Contact Us for intriguing services offered at reasonable prices. 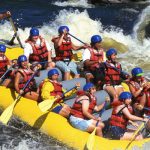 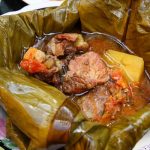