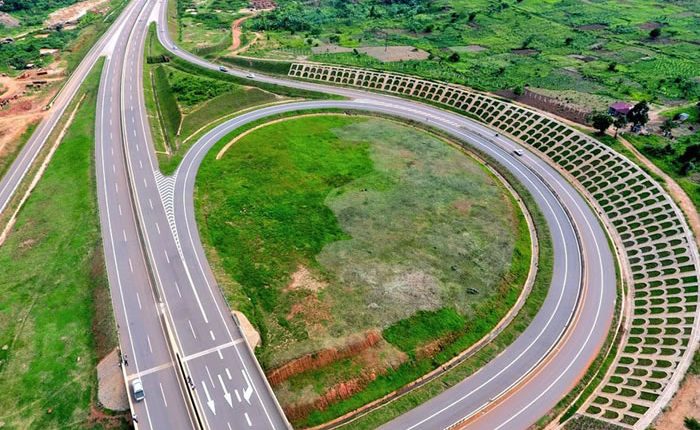 With the need to ease transport from and to Entebbe airport, the government of Uganda took a step to construct Entebbe Express Highway, the first toll road in the country.

This US$ 476 million Kampala-Entebbe Expressway plays a vital role in decongesting the old road to the capital and it is available for use at a cost.

During an engagement held at Kajjansi Toll plaza, the government released the road user fees structure for motorists who will access this special path

The fees structure released by the Ministry of Works and Transport indicates that motorcycles with 400cc will pay Shs 3,000 to access the 49.5 kilometers expressway.

Shs 15,000 for large goods vehicles and buses with four and five axles. Shs 18,000 for big goods cars with six and more axles.

General Edward Katumba Wamala, the minister of Works and Transport clarified that the collected revenue will be used to finance the operations and maintenance of the Kampala Entebbe expressway.

Only three categories of people are exempted from paying tolls. The list includes the fire brigade trucks, presidential convoy, and the emergency vehicles like an ambulance.

The rest of the road users have to pay. The collection of the fees is expected to start in January 2022. Motorists make payments at the three toll plazas constructed at Kajjansi, Mpala, and Busega. Loaded trucks will go through weighbridges before accessing the toll gates.

Details about the road

It has two sections starting from Busega on the northern bypass to the existing Kampala- Entebbe road at Mpala. The other is a 12. 6km section commencing from Kajjansi interchange to Munyonyo.

Moreover, the highway has three interchanges at Busega, Abayita Ababiri, and Kajjansi, connecting to different trading centers, 19 overpass bridges, and 17 underpasses provided for local people to access their properties along the road.

How To Get Around Jinja, Transport means & Costs

How To Avoid Road Traffic Jam in Kampala, Uganda