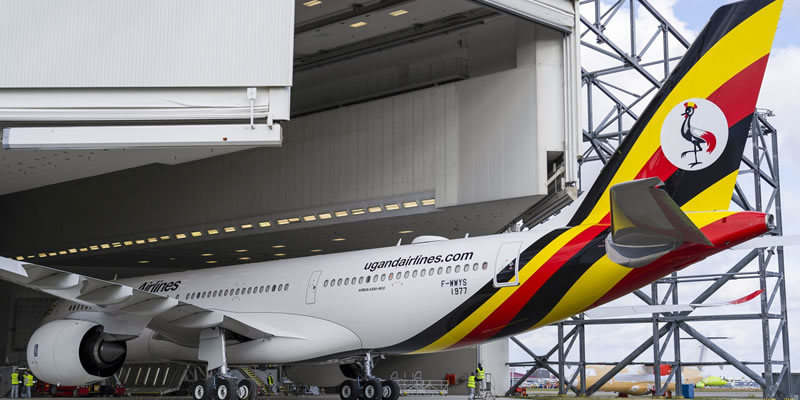 Uganda welcomes a second Airbus named A330- NEO. It was received by Prime Minister Ruhakana Rugunda, minister of finance Matia Kasaija, and the Uganda airline CEO Cornwell Muleya. The first plane of this model landed on 22 December 2020.

This is a great addition to the country’s air travel. Jetted in by Captain Michael Etiang (the head pilot), this plane will offer direct flights from Entebbe Airport to Dubai, China, and London.

This sounds wonderful to those who used to board multiple planes to different airports until they get to London and other home destinations.

Uganda as a country currently has six planes that include two airbuses and four bombardiers. The procurement of these aircraft is meant to boost tourism and trade with other foreign countries.

More is expected and we hope to see a flourishing air travel industry for this pearl of Africa.

The airline said the new establishment will serve its international network expansion with flights from Entebbe International Airport, to intercontinental destinations in Europe, Asia, and the Middle East. Here is the statement.

Addressing media at the ebb Airport, the minister for transport and works Gen Edward Katumba Wamala confirmed that Uganda Airlines is 100 percent owned by the government of Uganda.

He however urged the public to ignore all the allegations supplied on social media that the nation owns only 0.2%.

Officials from the national carrier revealed that there are hoping for more business since most travelers to Asia, the Middle East, and North African countries first reach Dubai where they connect from to other parts of the world.