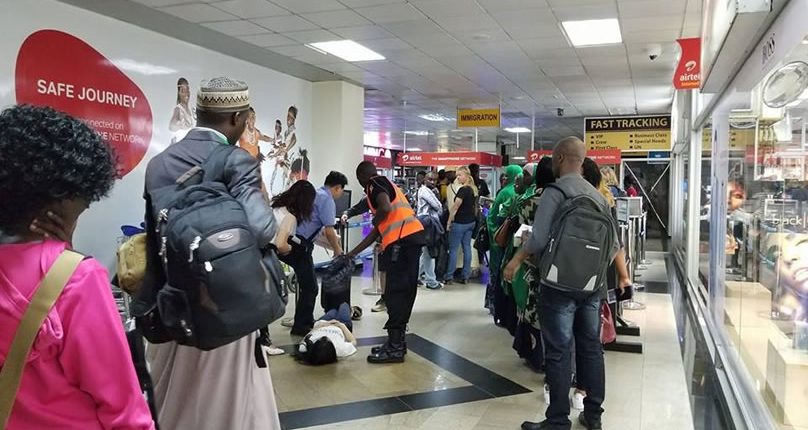 With the need to facilitate departing passengers with adequate space, the Uganda Civil Aviation Authority has decided to open part of the first floor for the new terminal building.

The declaration was made by the Ag Director General of UCAA “Mr. Fred Bamwesigye” while on a media tour of the accomplished facilities at Entebbe airport.

In his explanation, Bamwesigye said that “We have made a step to open part of the structure to create more space for our passengers to ensure Covid-19 guidelines such as social distancing since the rate of travelers is increasing daily.

The old facility was handling about two million trippers annually. The new terminal is expected to handle more than three million visitors per year. This is because the number of flights welcomed at the ebb airport increased from one to two daily”.

He also added that they finished the transformation of the passenger boarding lounges from closed to open boarding lounges. This was meant to provide more space and a seating area.

After the resumption of the passenger flights, Entebbe international Airport recorded 42633 international travelers in the month of October.

There was an increase in the first 25 days of November. The daily average number of passengers in this month was 1676 which is a bit bigger than before.

The upgrade and expansion of Entebbe landing strip works are at a 75 percent level of completion. The first floor of the new terminal building at the departure area is expected to be fully completed before the end of December.

Top 7 Things To See & Do In Kampala